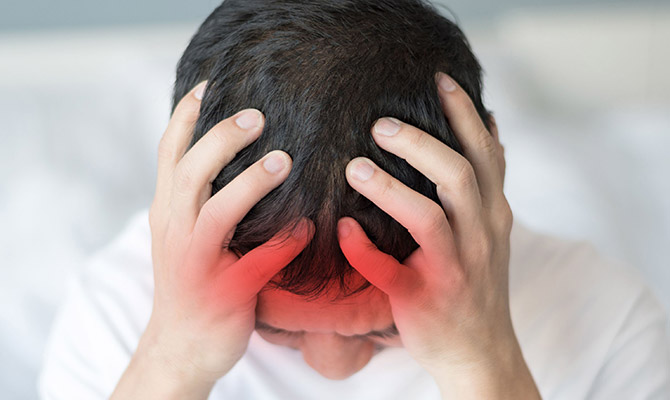 A 45-year-old patient with hypertension and multiple strokes affecting right side of his brain came to SSB hospital. He was disoriented, restless and had weakness on left side. His blood pressure was 220/110 mm Hg. CT scan was done which revealed bleeding and edema in brain. He was admitted in ICU and medicines were started. Despite improvement in BP, patient had multiple fits due to the bleeding in his brain. Multiple anti- seizure medications were given but patient still continued to have fits. Due to the persistent seizures, patient was intubated and put on ventilator, but still did not show any response. Finally, he was maintained on injection Phenobarbital for 48 hours after which it was gradually stopped. After specialized treatment by Dr. Divya Goel, senior neurologist with more than 15 years of experience, the patient came to his senses after 16 days. His repeat CT scan showed that bleeding in his brain had stopped completely and edema was resolving. Currently, 8 months after the episode, the patient has restarted walking and doing his routine activities.